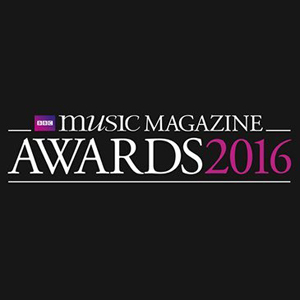 Rachel Podger sent her acceptance message from The Juilliard School where she is currently working: “Winning the concerto category of the 2016 BBC Music Magazine Awards with Brecon Baroque is an amazing and wonderful thing, I can't quite believe we’ve won! Brecon Baroque and I are very grateful to all those who voted for our recording.”