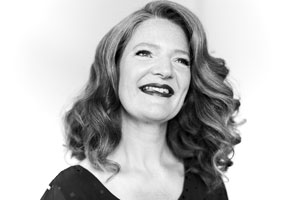 Read all about Rachel’s latest news here, or browse the news archive for older articles.

Rachel Podger will be the Ambassador for REMA’s Early Music Day on 21 March 2020. This news comes shortly after Rachel opened her six concert Artist in Residence series at London’s prestigious Wigmore Hall (an all Bach exploration), and as Rachel prepares to open her own Brecon Baroque Festival, this year celebrating the music of Bohemia.

“Rachel Podger's Midas touch” (The Sunday Times) strikes again; we’re delighted to announce that Rachel has been named as Gramophone Magazine’s ‘Artist of the Year’.

Rachel Podger: A Woman for All Seasons

Celebrating the launch of her much awaited next Vivaldi album on Channel Classics, Le Quattro Stagione; the world premiere performance of A Guardian Angel with VOCES8 including new commission by Owain Park; and a whole host of touring and territory debuts to gild this significant birthday year - Rachel Podger truly is ‘A Woman of All Seasons’.

The Artful Podger: a new 'Seasons' pocketful of gold

As Rachel prepares for her return to the studio with Brecon Baroque to record an eagerly anticipated Vivaldi Four Seasons for release in her 50th birthday year, Channel Classics launches new album Grandissima Gravita.

Rachel Podger and Brecon Baroque’s Vivaldi L’Estro Armonico recording for Channel Classics has been nominated in the concerto category for the BBC Music Magazine Awards 2016.