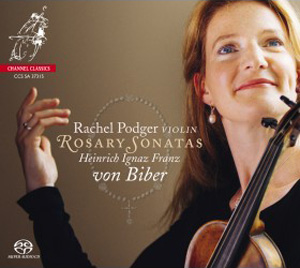 Rachel Podger’s 2015/16 season has started in style with concerts across Europe including Vivaldi Four Seasons with Concerto Italiano in Milan and Turin and recitals of Bach and Biber in Zurich.

This week Rachel celebrates the launch of her 25th disc on Channel Classics in its 25th anniversary year with a recital and private reception for Channel Classics competition winners. Biber’s evocative Rosary Sonatas depict the main stories in the life of Christ. Apart from the first and last sonata, all the pieces in this collection require ‘scordatura’ tuning, a deliberate mistuning of the strings in order to create unique sonorities. For more information or to purchase a copy of Biber Rosary Sonatas please visit Channel Classics.

Additionally Rachel is thrilled to receive the Royal Academy of Music’s prestigious Bach prize. The prize will be presented at a recital in the Academy’s Duke’s Hall on Wednesday 7th October 2015 at 7.00pm, in which Rachel will be joined by her duo partner Kristian Bezuidenhout and Academy students. The Royal Academy of Music Bach Prize, supported by the Kohn Foundation, is awarded annually to an individual who has made an outstanding contribution to the performance and/or scholarly study of the music of Johann Sebastian Bach. Rachel Podger becomes the first woman and tenth winner of the prize. Later this month Rachel directs her own Brecon Baroque Festival in its tenth anniversary year and prepares for a collaboration with the Orchestra of the Age of Enlightenment.

Rachel will be resident at the Oregon Bach Festival next summer leading a concert with Robert Levin, directing the Berwick Academy for Historical Performance in a baroque programme and performing a solo recital of Bach and Biber. 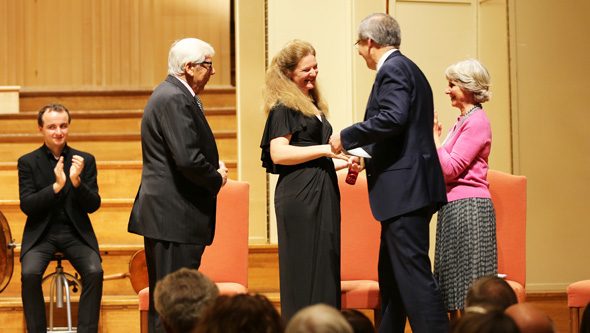