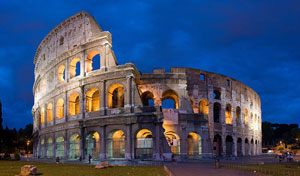 In its eighth year Brecon Baroque Festival, set in the lush surroundings of the Brecon Beacons National Park, turns its eye to the ‘Eternal City’, Rome. Classical Rome was the template for intellectual life in the Baroque era and many of Handel’s choral works feature Roman tales. Commencing with Handel’s most dramatic oratorio Theodora, Musical Director Rachel Podger gathers together leading artists from around the globe to host a long weekend of superb concerts from 25-28 October.

Also celebrating the 300th anniversary of Corelli’s death the festival features music by his contemporaries and further gems from Handel and Bach. There’s also a chance to join in on the Sunday, as well as listen, with a Festival Eucharist and the Baroque Tea Dance.